In this article, we will talk about all the 76 types of Xenogenders. Keep reading if you are curious what does a xenogender mean and what are the different types of xenogenders.

Xenogender is a nonbinary gender identity and umbrella term that defines gender identities which “cannot be contained by human understandings of gender.”

This means that its genders are more or less crafted towards things that are out of relation to humans, like animals, plants, or things.

As such, this means that there are several, several different types of xenogenders.

This type of Xenoger means having a gender which is profound, deep, and infinite: This is someone who has a profound feeling and attaches that to their gender. A profound feeling.

A gender experience that is derived from, or the embodiment of, an aesthetic: Quite literally a gendered embodiment of the appreciation of a certain type of art, or aestheticism for others.

A gender that is sort of ‘alien trying out foreign species’ gender’ way. Can be combined with other specific genders. We can call this type of xenogender a nonhuman perspective of genders.

This type of gender speaks about the type of gender that is old, ancient, and that can be changed into archaiboy/girl/nonbinary/other: This is in line with the concept of an “old soul”, a person who has been reincarnated many times and has gained the experience of many lifetimes channelled into someone where it would be uncharacteristic.

This is a gender-based on the zodiac sign Aries. People believe that ariegender has a lot of power over their lives and decisions.

Having a gender which is bright, celestial, and radial: The special star-flake gender which is also a repeat of Abimegender and Aethergender as well with PROFOUND FEELING GENDERS.

A gender that feels connected to space to a supreme level.

Blizzgenders identify themselves with harsh cold and snowy weather.

A gender that feels like, or can be compared to a bog, swamp, marsh or similar: Feel free to sing the Smashmouth song that plays in Shrek, because that is basically what this is.

A gender who identifies with the elements of the space and the Universe – starts, nebulae, constellations etc.

This type of gender is described as having a warm feeling towards one, none or multiple genders. The accent here should be put on the world warm, since the word caminus is Latin for oven.

A gender that feels influenced by, or connected to dogs in a powerful way.

This gender feels special, artsy, more creative and rhythmic in nature. May be used as a prefix (carmifluid, carmiboy, etc.) or as a standalone gender: A gendered embodiment of liking poetic meter. This is also another mix and match gender.

This term is very familiar with the term genderfluid. It basically means the same thing: a person who cannot identify as any gender, and that manifests as all the genders or none at all. It means fluid and ever changing.

A person who behaves, thinks and expresses themselves in a confusing manner.

A person who feels special, empowered and magical. Named after Circe, goddess of magic.

Gendered embodiment of colors. Someone can be a bluegender, pinkgender, yellowgender, etc. A term associated with an attraction for either certain colour, hues, places or objects associated with that colour.

This gender can be used by itself or along with another gender to describe its state of movement. This is a type of gender related to space and time, and the idea of constant change.

A gender so vast and complex that you are only able to process a small bit of it at a time. Name from the vast reaches of space filled with things we cannot begin to imagine: See “Archaicgender” + “Astralgender” + “Circegender” for a rough idea of what this actually is.

This type of gender is very abstract to define. In fact, this gender is about being abstract, absent and present at the same time, not following rules and patterns, concepts and ideas.

This type of gender is related to the supernatural, mainly identifying oneself as a supernatural being, such a demon. “Daimo” comes from the word “daimon,” which was the original greek word for “demon.”

A digital gender that can take up any sort of digital thing or file; virus, malware, .txt, .mp3, anti-virus, trojan, email, etc. Digigender can be replaced with girl, xirl, nonbinary, nb, enby, fluid, boy, boi, etc: While unfortunately not related to Digimon, this is a gendered embodiment of digital things.

Gender is perceived as a gift for all the good deeds done in the past life, thus is something really valuable and special.

This gender has a special and different connection with the forests.

This type of gender is considered very feminine, as it is associated with elements like pink things, glitter, frills – everything cute and sweet and soft.

This type of gender identity is strongly related to the earth and nature. It means to stay connected to the earth, having a bit of spirituality in that respect.

From French effrayant “scary” + neutre “neutral,” It is a [non-binary] gender, may be paired with agender and other genders.

Like its name, it means an egotistical gender, similar to the term narkissisgender.

It is believed that one’s gender is formed of 4 primary parts that are each connected to each other.

A gender that is defined by a source of energy that is flowing through the universe, impossible to stop or to be slowed down.

A gender which is related to being a spirit or exists on higher or extra dimensional planes: The gendered embodiment of dimensions.

An ethereal gender which essence cannot be explained, understood or studied.

A gender influenced and characterized by animals.

A gender that is described as being cautious, timid, but also natural and cute.

A gender associated with cats in terms of behaviour, feelings and character.

A fluid gender in a constant state of change that never truly extinguishes. Aesthetically linked to fire as a visual metaphor or symbol.

A gender which is cold and very snowy: The gendered embodiment of feeling cold.

Similar to frostgender, but it also encompasses other genders as well. For example, a freezegirl would be experiencing both a cold and snowy gender but also having a connection to femininity or girl-ness: The gender-fluid female version of Frostgender.

A gender identity encompassing and surpassing the limits of the earth/society, but doesn’t incorporate existing genders from society; a gender identity so grand and huge it cannot be explained by words. the opposite of gendervoid: The “special-snowflake” version of “Cosmicgender”.

A gender that blooms and evolves based on weather and atmosphere; similar to genderfluid but feels more connected to flowers and other flora.

Gender is almost larger than life, like it’s spilling out of your body. It takes up a lot of space and is just awe inspiring: “Cosmicgender” once again.

A gender experience that is neither transparent or translucent.

Like gendervoid [see below], but related to the ocean. Your gender is a vast sea of caverns and depths yet to be discovered.

A gender that feels like it’s faintly shining or wavering.

You may or may not have a gender, but either way it’s glitched and confusing. 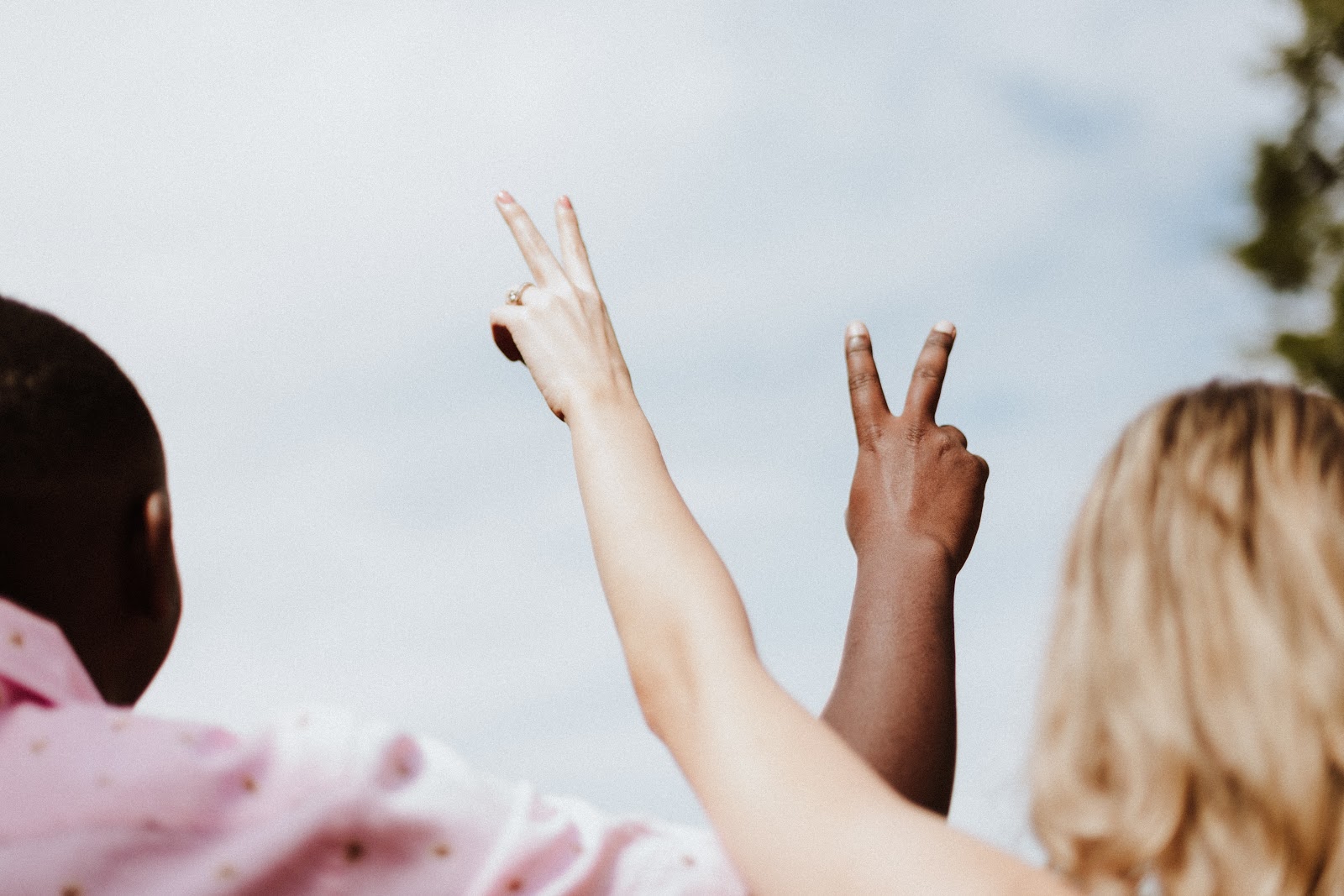 A gender that brings peace of mind to the identifier. Once adopted, this gender connects the minds in ways that it had not been connected before. It brings clarity, creativity, and security to its identifier.

Similar to agender; a strong sensation of warmth and genderlessness. […] an intense and burning sensation of gender (or lack thereof).” From the word “helio”, meaning “sun”

A gender which shares qualities with or be compared to qualities of water; i.e. currents, tides, etc: Taking the metaphor a bit further, this is basically a “structured” version of being genderfluid, as the tides change with your feelings.

When your gender is so large and present, you’re not quite sure what it is because it’s too big to see clearly but it is definitely there. A defined version of “Aethergender”.

A gender experience composed of layers or slices.

A term for those whose gender is related to strength and regality.

A gender that shines brightly and luminously.

A gender represented by a powerful ball of light.

A gender defined by love for other gendered people who are treated badly, and a love for your own gender as well: This is what’s called “loving yourself”.

Small and large feelings of gender that are not identifiable within social gender categories: Gender is both a descriptor and an object and has tangible changes in size and stature.

A catchall term for any gender that is related to musicianship or music theory.

A gender that is best described by one’s name, good for those who aren’t sure what they identify as yet but definitely know that they aren’t cis [cisgender].

It can be used as a catch-all term or a specific identifier, e.g. johngender, janegender, (your name here)gender, etc

A gender that used to exist but is now ‘dead’ or nonexistent.

A gender consisting of pure darkness or related to it.

A gender which feels round, without any edges.

A gender which feels special and precious to oneself.

A gender that is as deep and unknown as the ocean itself. It’s a gender that is mostly incomprehensible but slightly familiar in human terms. Not to be confused with Gendersea:

A gender that is beyond comprehension in earthly terms, as if it originated from beyond the earth. OR a gender that cannot be defined no matter how many other terms are coined OR simply the gender of a star..

A gender which can best be described as TV static; fuzzy and incomprehensible.

A gender that has various layers, created with sky/cloudkin in mind but can be used by anyone.

Similar to blizzgender, but it encompasses a second gender.

A winteboy might experience both a cold, harsh, and snowy gender, but also being male or have some connection to masculinity, for example: The masculine equivalent to “freezegender”.

A gender that has a closeness or connection to witchcraft and magic. It is, in a way, a magic gender.

You could use it to perform strange gender magic. Or something. It is also associated with a feminine or androgynous gender expression.

In this blog post, we explained what the term of xenogender means, and we also talked about all the types of xenogenders.

Xenogender is a nonbinary gender identity and umbrella term that defines gender identities which “cannot be contained by human understandings of gender.”

This means that its genders are more or less crafted towards things that are out of relation to humans, like animals, plants, or things.

In total, there are 76 types of xenogenders.

If you have any questions or comments, please leave them in the comments section below.

How to deal with an angry disrespectful child (Useful Tips)

How to stop yelling at your kids (Useful tips)

How to stop a child from screaming for no reason (Tips)

What to do When Your Friends Leave You Out (A guide)

Coping with Losing a lover (A guide)

How do you discipline a toddler without hitting and yelling? (Parenting advice)

Why is my 6 years old so angry and aggressive?

How to not be nervous hanging out with a guy? (Tips)

How to not be nervous for a first date (9 Tips)

How to not be nervous for a hookup? (Tips)

How to not be nervous around him? (Tips)

Diamoric (What does it mean?)

Librafluid and Agender (A complete guide)