Do you sometimes feel different from others?

Do you often feel misunderstood?

If so, find out there’s actually nothing wrong with you.

In fact, you may even have special qualities.

If you have these 12 features, you are likely to fit the profile of the rarest personality in the world.

There is a system that classifies all personality traits identified in humans.

It’s called Myers and Briggs system, and it’s based on Carl Jung’s theories of psychoanalysis.

According to the MBTI, an INFJ personality contains all four categories. Read on to find out if you are among the INFJ typology.

Concerned about the future

People with the INFJ personality type do not waste their time and energy on unimportant things.

They always look for the big picture and focus on the really important things.

They work tirelessly to achieve their goals, convinced that nothing is easy in life.

They are passionate about what they do and are completely dedicated to their work.

They listen to their intuition

These people are extremely intuitive and can feel the danger.

Once they detect the sources of danger, they always act as their intuition dictates, whether they are right or not.

Fascinated by the secrets of the universe and life, those with the INFJ personality type can spend nights in a row just watching and admiring the stars in the sky.

They love deep conversations and mystery.

They choose their friends carefully

An INFJ  prefers to stay at home, in peace, with a few close friends or alone.

INFJ people are very caring and generous, being ready at any time to help those in need.

What makes them so empathetic is that they have the ability to put themselves in the place of others in order to understand in depth the states they are going through.

They often walk unaccompanied through parks, cafes and museums.

They deliberately isolate themselves from the world in order to clear their mind.

They have an “all-or-nothing” mentality

They build their whole existence on the idea of quality and are convinced that if you are not able to dedicate yourself completely and become the best, it is better not to try at all.

They love to write

INFJs  prefer to write rather than speak.

Writing helps them to master and order their thoughts and ideas in a creative way.

They are very creative, ingenious and intellectual.

They love to debate ideas, they are very convincing and direct, and they love the company of smart people.

They easily understand abstract concepts and always use logic in developing solutions.

Does this description sound familiar to you?

If you are not sure, you can always take the MBTI or read more about the personality traits on our blog!

The following quotes about feeling misunderstood will inspire you and teach you that being different is not always as bad as you think.

understood because this happens only to the complex and misunderstood; simple souls, the ones whom other people can understand, never feel a desire to be understood.” 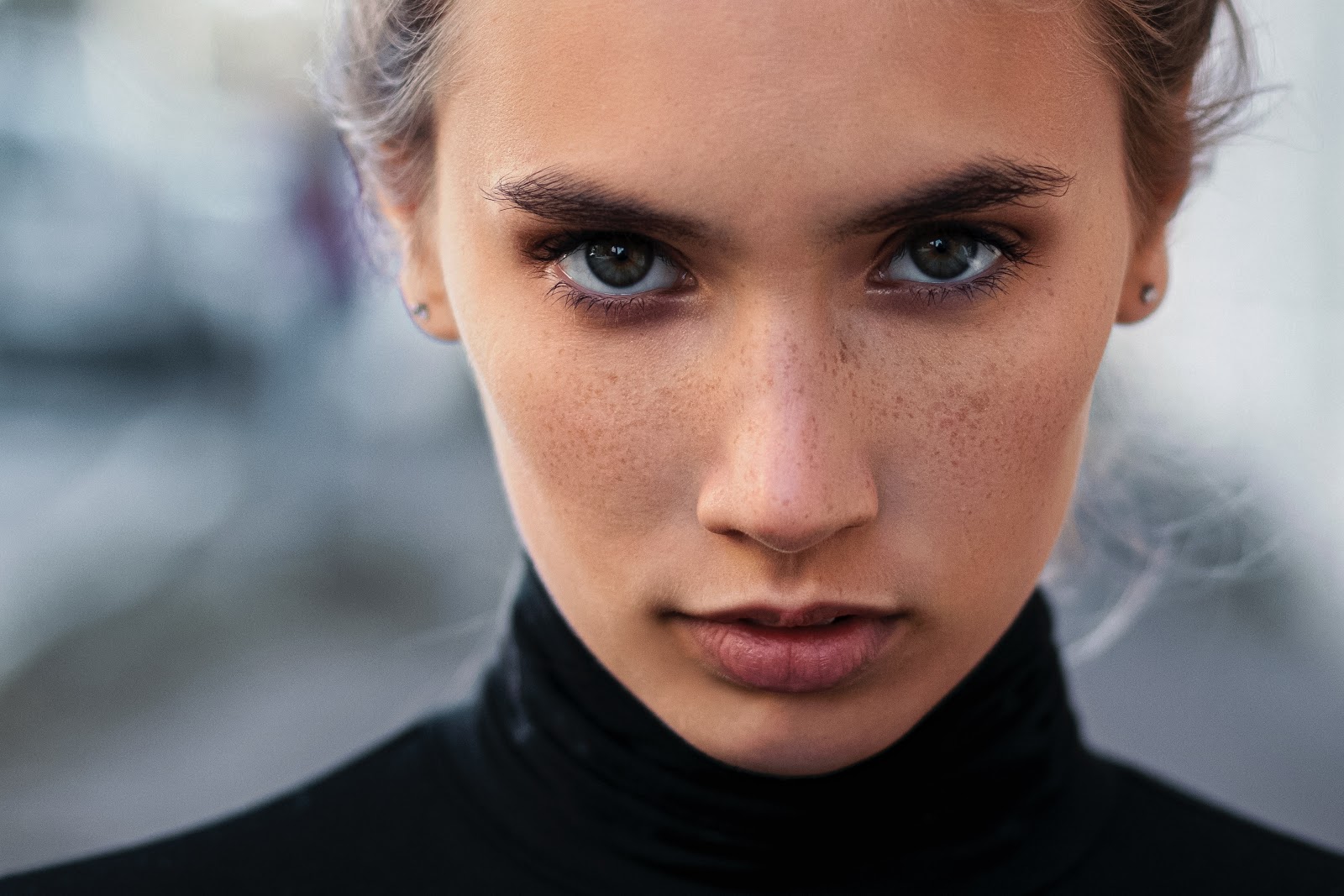 1. “Miscommunication leads to misunderstanding, which rarely leads to anything good.” — Charles F. Glassman

2. “Never waste your time trying to explain who you are to people who are committed to misunderstanding you.” — Dream Hampton

3. “If you want that good feeling that comes from doing things for other folks, then you have to pay for it in abuse and misunderstanding.” — Zora Neale Hurston

6. “Where misunderstanding serves others as an advantage, one is helpless to make oneself understood.” — Lionel Trilling

7. “In human intercourse, the tragedy begins, not when there is a misunderstanding about words, but when silence is not understood.” — Henry David Thoreau

8. “We’re all islands shouting lies to each other across seas of misunderstanding.” — Rudyard Kipling

9. “The overall purpose of human communication is – or should be – reconciliation. It should ultimately serve to lower or remove the walls of misunderstanding which unduly separate us human beings, one from another.” — M. Scott Peck

10. “Love is a misunderstanding between two fools.” — Oscar Wilde

11. “In the whole round of human affairs little is so fatal to peace as a misunderstanding.” — Margaret Elizabeth Sangster

12. “We are infected by our own misunderstanding of how our own minds work.” — Kevin Kelly

13. “It is by universal misunderstanding that all agree. For if by ill luck, people understood each other, they would never agree.” — Charles Baudelaire

14. “A mistake is to commit a misunderstanding.” — Bob Dylan

15. “The world only goes round by misunderstanding.” — Charles Baudelaire

16. “The misunderstanding of passion and reason, as if the latter were an independent entity and not rather a system of relations between various passions and desires; and as if every passion did not possess its quantum of reason.” — Friedrich Nietzsche

17. “Is an intelligent human being likely to be much more than a large-scale manufacturer of misunderstanding?” — Phillip Roth

18. “The word love has by no means the same sense for both sexes, and this is one cause of the serious misunderstandings that divide them.” — Simone de Beauvoir

19. “I think there was a misunderstanding about what yesterday’s meeting was all about, and we had one idea of what we were coming for and they had another. And we got off on a bad foot, but we’re gonna continue to meet tomorrow and move forward.” — Jeff Friedman

20. “How often, you wonder, has the direction of your life been shaped by such misunderstandings? How many opportunities have you been denied–or, for that matter, awarded–because someone failed to see you properly? How many friends have you lost, how many have you gained, because they glimpsed some element of your personality that shone through for only an instant, and in circumstances, you could never reproduce? An illusion of water shimmering at the far bend of a highway.” — Kevin Brockmeier

21. “It may be added, to prevent misunderstanding, that when I speak of contemplated objects in this last phrase as objects of contemplation, the act of contemplation itself is, of course, an enjoyment.” — Samuel Alexander

22. “Friendship must never be buried under the weight of misunderstanding.” — Unknown

23. “But let there be no misunderstanding. The war against terror is every bit as important as our fight against fascism in World War II. Or our struggle against the spread of Communism during the Cold War.” — Jim Bunning

24. “I know that when people pull apart, they usually employ misunderstanding as a weapon, deliberately getting hold of the stick’s wrong end, impaling themselves on its point in order to prove the perfidy of the other.” — Salman Rushdie

28. “Never apologize to others for their misunderstanding of who you are.” — Unknown

29. “There seems to be a terrible misunderstanding on the part of a great many people to the effect that when you cease to believe you may cease to behave.” — Louis Kronenberger

31. “Living is easy with eyes closed, misunderstanding all you see.” — John Lennon

33. “It is better to understand little than to misunderstand a lot.” — Anatole France

34. “I do believe that simple things really matter because even a simple misunderstanding can ruin everything.” — Unknown

35. “Our problems, all come from nothing; they are all based on a misunderstanding that does not even exist.” — Sogyal Rinpoche

36. “Clear up any misunderstanding before it gets to that point.” — Joel Miller

37. “Much of aging comes from a misunderstanding of the effect of comfort.” — Nassim Nicholas Taleb

38. “If you don’t clear your misunderstanding in time they become the reason for distance forever.” — Unknown

39. “When nails grow long, we cut nails not fingers. Similarly when misunderstanding grows up, cut your ego, not your relationship.” — Unknown

40. “A single moment of misunderstanding is so poisonous that it makes us forget the hundreds of lovable moments we’ve spent together within a minute.” — Unknown

41. “The greatest distance between two people is a misunderstanding.” — Unknown

42. “When there’s a misunderstanding, one must make a compromise. This word is not a bad word.” — Nicolas Sarkozy

43. “The misunderstanding of truth does not destroy the truth.” — Vissarion Belinsky

44. “The notion of implied meaning is the root of misunderstanding.” — Eric Parslow

46. “You always risk people misunderstanding you when you say anything.” — Phil Lord

47. “Change comes with both fear and some pain. Those two ingredients create mistrust, misunderstanding and misinformation. Such is the process of democracy.” — David Mixner

49. “They ended as all great passions do end—by a misunderstanding.” — Honore de Balzac

50. “We can rarely see things from the point of view of another person because we look at the facts through the screen of an impression or an interest which distorts our view; and then there are accusations, quarrels and misunderstanding.” — Barry Long

Which feeling misunderstood quote is your favorite?

Let us know in the comments section below.