Kratom is a tropical tree (Mitragyna speciosa) native to Southeast Asia, with leaves that contain compounds that can have psychotropic (mind-altering) effects.

NOTE: Users swear by kratom for chronic pain management, mood enhancement and fatigue reduction, especially in Asia where it has been used for 100’s of years, but safety issues and questions about its effectiveness abound.

Kratom is a herbal extract that comes from the leaves of an evergreen tree (Mitragyna speciosa) grown in Southeast Asia.

Kratom leaves can be chewed, and dry kratom can be swallowed or brewed. Kratom extract can be used to make a liquid product.

The liquid form is often marketed as a treatment for muscle pain, or to suppress appetite and stop cramps and diarrhea.

Kratom is also sold as a treatment for panic attacks.

Kratom sometimes goes by the names Biak, Ketum, Kakaum, Ithang, or Thom. It is currently legal in some US states, but illegal in the UK.

It has, in the past, been easy to order on the internet. People buy kratom as an extract or gum, and sometimes it is sold as a green powder. 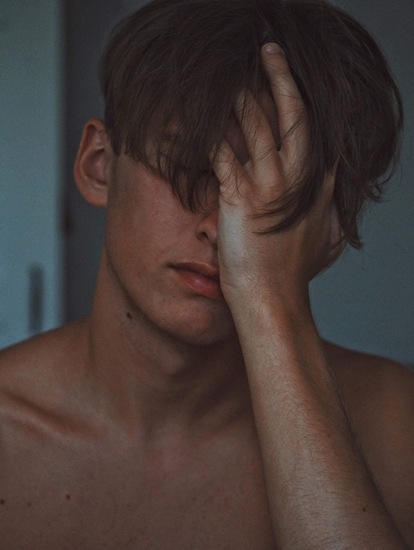 Kratom is also sold as a treatment for panic attacks.

Another effective herbal medication, the Valerian Root is used to treat stress, epilepsy and tremors.

How does kratom affect the brain?

Kratom acts on the brain in similar ways to opioids and stimulants.

The compounds in kratom leaves mitragynine and 7-a-hydroxymitragynine­ interact with opioid receptors in the brain.

This produces effects such as sedation, euphoria and a reduction in pain.

When kratom is taken in smaller doses, it interacts with other receptors in the brain to produce effects that are similar to those of stimulants.

These include increased energy, increased sociability, and higher state of alertness.

A recent study found that unlike morphine, a synthetic compound derived from kratom (mitragynine pseudoindoxyl) does not lead to harmful side effects like slowed breathing — called respiratory depression — constipation, and physical dependence.

Since most deaths from opioid overdose are because of respiratory depression, there is school of thought that kratom merits further study to see if some of its compounds can be harnessed for medical benefits that are potentially less addictive.

If this herbal medication doesn’t work, a drug called Topiramate can be also be used to treat pain or migraine.

What are the negative effects of kratom?

Kratom can cause many side effects, some dangerous, including the following:

Is it possible to overdose on kratom?

While overdosing on Kratom alone is of obvious significant concern, the risks of overdose and other adverse effects may be heightened when consumed with alcohol or other drugs

New research has found that, in an 18-month period, 91 Americans lost their lives to fatal overdoses in which the drug was a contributing factor.

In seven of those cases, kratom was the only drug to show up in postmortem testing. 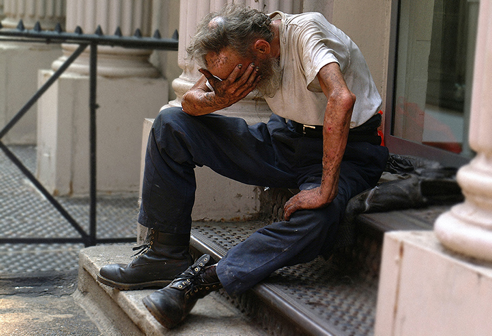 The risks of overdose may be heightened when consumed with alcohol

Is kratom an addictive substance?

Kratom can be addictive due to its opiate-like qualities, and a small minority of users end up requiring addiction treatment.

Does kratom have valid medical uses?

Kratom contains a chemical called mitragynine. Mitragynine works like opioid drugs such as codeine and morphine to relieve pain.

Some kratom users swear by it for chronic pain relief

At one time, some researchers believed that kratom might be a safe alternative to opioids and other prescription pain medications.

However, studies on the effects of kratom have identified many safety concerns and no clear benefits.

Kratom has been reported to cause abnormal brain function when taken with prescription medicines.

When this happens, you may experience a severe headache, lose your ability to communicate or become confused.

In a study testing kratom as a treatment for symptoms of opioid withdrawal, people who took kratom for more than six months reported withdrawal symptoms similar to those that occur after opioid use.

Too, people who use kratom may begin craving it and require treatments given for opioid addiction, such as naloxone (Narcan) and buprenorphine (Buprenex).

In the US, the Drug Enforcement Administration (DEA) maintains that kratom has no medical uses or benefits, but in Asia kratom has been used for hundreds of years to treat cough, diarrhea, opiate withdrawal and chronic pain, also to boost energy and sexual desire.

More recently, in the US there has been an uptick in the use of kratom by people who are self-treating chronic pain and acute withdrawal from opiates and seeking alternatives to prescription medications.

Despite a vocal community of supporters, and numerous anecdotal testimonials of effectiveness, these treatment practices using kratom have not been rigorously studied as either safe or effective.

In the UK, since 2016, the sale, import, and export of kratom are prohibited under the Psychoactive Substances Act. In 2017, kratom was designated a Schedule 1 illegal drug (the highest level) in the Republic of Ireland, under the names 7-hydroxymitragynine and mitragynine.

In 2017, the U.S. Department of Health & Human Services recommended a ban on the chemicals in kratom.

In April 2019, the FDA issued a warning against the use of kratom, stating that it affects the same opioid receptors as morphine and could expose users to risk of addiction, abuse and dependence.

There are some US areas where kratom is illegal in 2020: Alabama, Arkansas, Indiana, Rhode Island, Vermont and Wisconsin.

Since kratom is not currently illegal in many parts of the US people can easily buy kratom online or in smoke shops.

What is kratom and what are the benefits?

Kratom is sold as a treatment for panic attacks.

The liquid form is often marketed as a medicine for muscle pain, cramps and diarrhea.

It is also sold as an appetite suppressant. At low doses, kratom has stimulant effects, which makes users feel more energetic.

Poison control centers have received an increase in the number of calls due to misuse of kratom.

The effects of this drug are not yet widely known, which makes it potentially dangerous.

Overdose on kratom is rare, but it can become more dangerous when combined with alcohol or other drugs.

What are the side effects of kratom?

There are several side effects from long-term kratom use. These include the following:

·      dark spots on the skin, usually the cheeks (hyperpigmentation)

·      gastrointestinal problems including nausea and constipation

Kratom is known as a booster of the immune system due to its alkaloid-containing compounds.

Isoptreropodine and Isorhynchopylline have been shown to stimulate the immune system, and isomitraphylline works as an anti-leukemic agent.

7.    What are the positive effects of kratom?

Kratom induces effects similar to morphine which are generally positive experiences for users.

These include sedation, pain reduction, euphoria, and cough suppression.

There can, however, also be negative effects of high doses of kratom which include constipation, nausea, itching, and others.

Mitragynine is one of the main active ingredients in kratom.

This compound is an alkaloid that has been shown to be anti-inflammatory, pain relieving, and also has muscle relaxant effects.

Kratom has opioid-like effects, but is not actually an opioid.

Two compounds in kratom interact with opioid receptors in the brain to produce sedation, increased pleasure, and decreased pain.

The appropriate dose of kratom depends on several factors such as the user’s age, health, and several other conditions.

At this time there is not enough scientific information to determine an appropriate range of doses for kratom.

Keep in mind that natural products are not always necessarily safe and dosages can be important.

Be sure to follow relevant directions on product labels and consult your pharmacist or physician or other healthcare professional before using.

Kratom takes effect after five to 10 minutes, and its effects last two to five hours.

The effects of kratom become stronger as the quantity taken increases.

In animals, kratom appears to be more potent than morphine.

If you want to know more about kratom, here is some reading material:

KRATOM ADDICTION: Everything you need to know about kratom; How You Can Prevent and Treat Kratom Tolerance, Abuse, and Addiction (Kratom for Beginners, Cure for Pain, Anxiety, Stress, and Addiction)

Kratom addiction is a very sensitive and highly debated topic. Many people prefer to shy away from it or pretend that it doesn’t exist.

Fortunately, you will learn everything you need to know about it today as well as how you can manage, prevent and cure kratom addiction and withdrawal.

My Kratom Hell: A Users Guide to Quitting Kratom

My Kratom Hell is a first-hand experience written by a Kratom addict.

The book serves as a personal account written as a form of therapy but also as a way to help other Kratom quitters successfully quit the habit.

The book covers how kratom romances a user, reasons for using it and how to go about quitting this opioid-like plant drug.

The most important take-away is that My Kratom Hell is written by a user for other users, first hand.

·      In this book “Understanding the Amazing Power of Kratom,” you will learn:

·      What is kratom, its effects, and action in the human’s body system?

·      Kratom alkaloids: what it is, and how it works in the human physiological system

·      The health benefits of kratom and how it can help you in opiate withdrawal, pain management, fight stress and anxiety, boost your brain and energy, weight loss, etc

·      How to determine a perfect kratom dose and what quantity is sufficient for you.

What Is Kratom? Why Has the DEA Wanted to Ban It? WebMD – September 2016

Aura Des los Santos is a Clinical Psychologist with two masters degree in Education. One focused in Higher Educacion and the other in the research of Psychology of Education. Her experience is focused on working depression, anxiety and personal development. She frequently writes articles in the area of psychology, education, travel and general culture.

Why can’t I lose weight?

Mindful Eating Exercise (How to)

How long does Cocaine stay in your urine ﻿

How long does heroin stay in your system