In this blog post, we will explain in detail what dyspraxia is, what are the signs and symptoms of dyspraxia and how it can be treated.

Dyspraxia is a deficiency of motor coordination, which is related to the development of the body and is characterized by the reduction of children’s performance in their daily activities, as well as in the acquisition of the most varied skills.

This slowing down is often associated with other problems, such as dyslexia, attention deficit, autism or dysphasia.

Developmental dyspraxia is the depreciation or immaturity of movement planning and coordination.

It is an immaturity expressed by the fact that information is processed by the brain, but the messages are not transmitted properly or completely.

The term dyspraxia comes from the word praxis – to do, to act.

Dyspraxia affects the planning of both the mode of action and what a person must do.

It is accompanied by disorders of perception, language and thinking.

Dyspraxia affects even over 10% of the population, and in the case of 2%, the manifested form of dyspraxia is quite severe.

It is important to know that dyspraxia does not affect intelligence, but it does cause a number of learning difficulties.

What are the causes of dyspraxia?

The causes of dyspraxia are still unknown to specialists.

For now, all that is known is that it is an incorrect development of the nerve cells that support the motor muscles.

They do not form proper neural connections and, for reasons that still remain an enigma, the brain needs more time to process the transmitted data.

Some researchers believe that dyspraxia is an inherited disease.

Others believe that the risk of dyspraxia is much higher in premature babies, because the cerebellum develops at a very fast pace, especially in the last part of pregnancy.

Another study, conducted by several researchers at Laval University in Canada, shows that mothers who take omega-3 in the last months of pregnancy stimulate the motor and cognitive development of their babies.

There are also cases in which dyspraxia is not from birth, but occurs later, due to an emotional trauma suffered by the brain, which can be caused by an accident, a serious illness or other factors that act on the brain.

Dyspraxia can be caused by improper development of motor neurons in the brain.

Motor neurons are specialized nerve cells that transmit signals from the brain to the muscles, allowing them to move.

It is believed that motor neurons in people with dyspraxia fail to form proper connections and are less efficient in transmitting electrical signals from the brain to the muscles.

Sometimes the electrical signal does not even reach from the brain to the muscles, and the muscles cannot respond to the brain’s requirement to make certain movements.

How can dyspraxia be detected?

The diagnosis is crucial in the case of this condition because only when those around them become aware of the disability caused by dyspraxia, they will be able to understand the difficulties of the affected child and will be able to give them their support.

Usually, teachers are the ones who raise red flags regarding the difficulties encountered by the child in school activities.

Consulting a doctor is the first step.

However, it is followed by a multidisciplinary evaluation, which involves both a balance of general health and numerous psychological and psychomotor tests.

The earlier the diagnosis is made, the more effectively the negative effects can be mitigated by the correct involvement of the person in the child’s entourage in understanding their needs and in stimulating progress.

Signs and symptoms of dyspraxia

In the first years of a child’s life, the following manifestations are encountered:

the child may need more time than other children to walk or run, talk, stand, use the potty, and enrich his vocabulary, speak clearly and articulately.

Some obvious difficulties may occur in early childhood:

The following characteristics of dyspraxia are found in preschool children:

In late childhood, the problems listed above do not improve or simplify for children with dyspraxia who fail to filter irrelevant stimuli automatically, have difficulty with math and writing, spend a lot of time writing, do not follow instructions, do not remember the instructions, do not organize well.

A dyspraxic child with dominance in gross motor activities is often clumsy and “heavy” in movement. It reaches with difficulty the stages of development such as crawling, walking, running.

Cycling is inevitably problematic because it requires not only unfamiliar movements, such as cycling, but also requires the coordination of a large number of activities (cycling, steering, attention to traffic, honking).

These children make an effort to play games or practice sports because they cannot perform the movements in the necessary order.

Because they lack the natural sense of positioning the body in space in relation to both objects and people (the vestibular and proprioceptive systems do not work at the desired parameters), they stumble and hit things frequently.

A dyspraxic child with dominance in fine motor activities is discovered when he is between 12 and 18 months old when it is observed that he grabs objects with difficulty, fails to hold small objects in his hands or fails to release objects.

As preschoolers they have difficulty colouring in outline, and as schoolchildren handwriting can be almost impossible to decipher.

If they are not helped by family members to prepare for school, they often end up in school clumsily dressed/ruffled, even at a fairly advanced age, 8-10 years old.

The dyspraxic child with dominance in visual-motor activity is the most common type.

He has difficulty with tasks that require a combination of visual perception and motor performance.

A dyspraxic child with dominance in oral motor activity has difficulties in the correct use of the mouth, tongue, lips.

These babies are breastfed with difficulty (sucking, swallowing, breathing uncoordinated).

When they grow up, they have problems chewing and swallowing food.

The mouth can always be open, salivating profusely. Oral-motor dyspraxia can affect speech because these children cannot coordinate their tongue with their lips to form words, making it difficult to understand.

Although it is not a disease that can be cured, dyspraxia is a condition that can be controlled and whose negative effects can be reduced over time.

The treatment may involve, depending on the patient’s needs:

The specialist in this method of therapy will first observe what the patient’s needs are, what difficulties he encounters in his daily activity and, depending on the findings, the therapy will consist in developing those skills that pose problems.

This type of therapy involves identifying areas with problems in the child’s daily life and developing practical solutions.

The therapist will watch the child at home, at school, while playing to identify his problems.

For example, a child may have difficulty when:

– walking to the bus station

– using a knife and fork

The therapist will then establish specific solutions to solve the problems, for example using small steps for movement and practising certain movements. 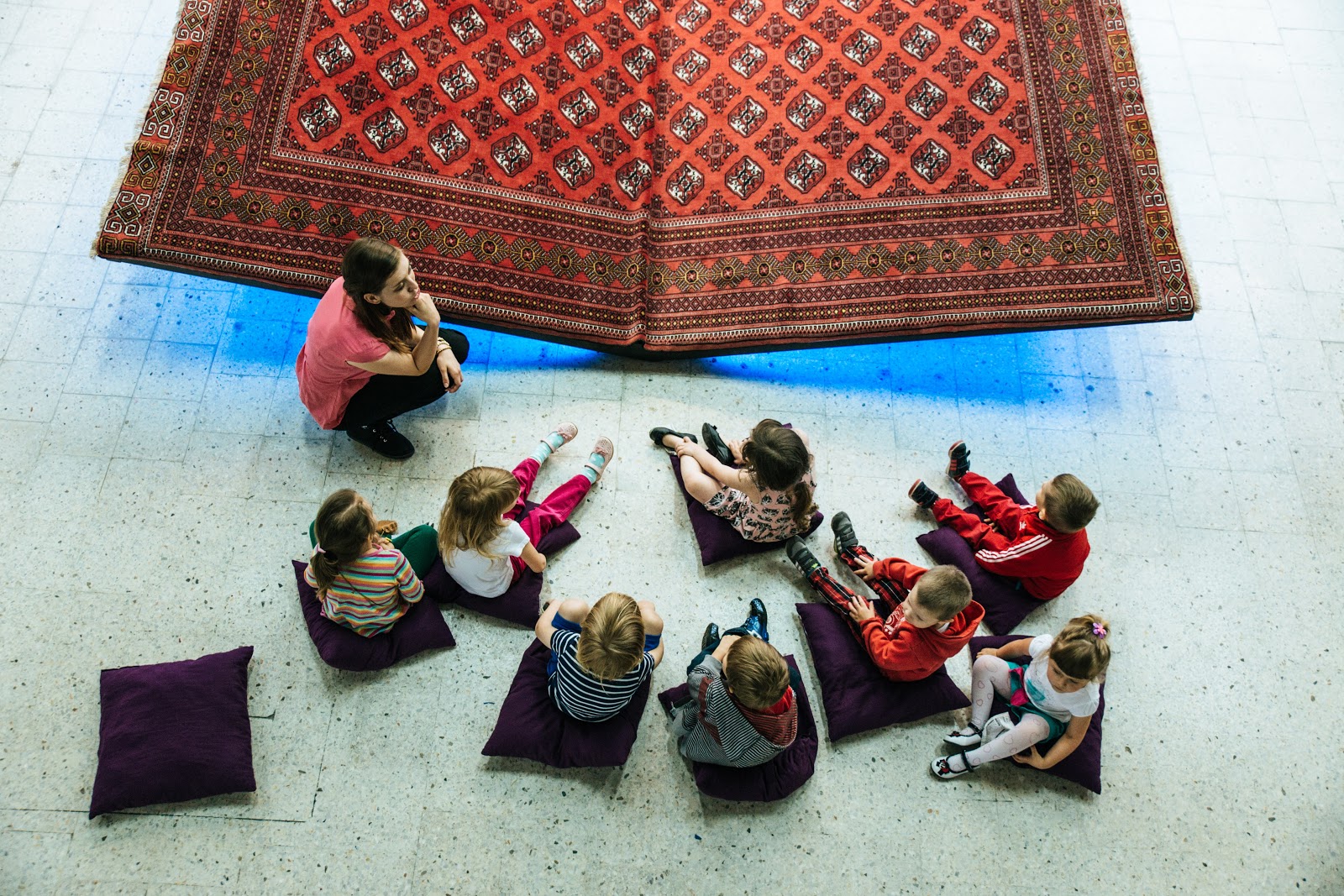 This type of therapy helps the patient communicate more effectively with people around him.

Speech and language development therapy can be helpful when the little one has difficulty communicating and speaking.

– not being able to pronounce some sounds or letters such as T or D.

– to omit certain parts of words

– to speak too slowly or too fast

– to speak too loudly or too slowly.

During the therapy, the specialist will evaluate the child’s speech, will identify his problems, and will help him to improve his communication skills.

In this sense, it will organize a program that responds to the needs of the child that could involve:

– exercises that involve certain movements of the lips or tongue

With the help of speech development therapy, the child could learn to manage his disabilities.

Therapy involves several types of tasks, which become complex gradually, without reaching a level of complexity that becomes stressful for the patient.

This involves a set of tasks that cover:

The child will gradually be offered a series of exercises that have the role of developing all these skills.

Each exercise is difficult enough to provoke the little one, but not so difficult as to frustrate him.

Active play means any game that involves physical activity, whether it takes place outdoors or indoors.

The therapeutic virtues of the game are, in fact, known in other diseases.

In this blog post, we explained in detail what dyspraxia is, what are the signs and symptoms of dyspraxia and how it can be treated.

Dyspraxic children can be very intelligent, which makes it very difficult to manage the frustration generated by clumsy movements.

Self-esteem is low due to continuous failure to perform basic physical activities.

To compensate for the clumsiness with which they perform physical activities, often dyspraxic children develop amazing verbal creativity, become authoritarian, tell colleagues what to do because they can organize a game, but due to lack of physical skills can not participate.

Just because a parent might recognize their own child in one or more of the above statements does not mean that they have sensory processing disorders, manifested by dyspraxia.

Or simply, some children reach the stages of motor development and speech later than others, and this represents individual differences that exist in the developmental process.

What are the symptoms of dyspraxia?

Some of the symptoms of dyspraxia that can be noticed since early childhood are:

difficulties in making some subtle movements,
many children will have difficulty dressing,
there are problems related to the movements during the game (involved in jumping, catching a ball, hitting a ball, jumping over obstacles),
problems in executing the requirements during the practical didactic activities,
difficulties in processing thoughts,
difficulty concentrating.

Dyspraxia is a deficiency of motor coordination, which is related to the development of the body and is characterized by the reduction of children’s performance in their daily activities, as well as in the acquisition of the most varied skills.

Is dyspraxia a form of autism?

Dyspraxia is not a form of autism.

However, this slowing down is often associated with other problems, such as dyslexia, attention deficit, autism or dysphasia.

Can you grow out of dyspraxia?

You can not grow out of dyspraxia.

Although it is not a disease that can be cured, dyspraxia is a condition that can be controlled and whose negative effects can be reduced over time.

How do you treat dyspraxia?

The treatment of dyspraxia may involve, depending on the patient’s needs: occupational therapy, language therapy, perceptual-motor therapy or active play therapy.

The Dyspraxic Learner: Strategies for Success, by Alison Patrick

DYSPRAXIA: How To Thrive As An Adult, by Renegade Dyspraxic

Caged in Chaos: A Dyspraxic Guide to Breaking Free, by Victoria Biggs